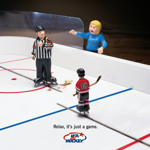 Youth ice hockey is supposed to be fun for the players. Actions by parents, spectators, and coaches, whether verbal or nonverbal, can have a lasting emotional effect on children. Too many of today’s youth are leaving sports activities because the fun is unfairly taken away by adults.

New Hampshire Hockey has developed a new reporting system to address issues of unacceptable parent and spectator conduct directed at officials and players. The system will allow individuals who observe instances of zero-tolerance or abusive actions, or foul or derogatory language directed toward officials or players from parents/spectators to report incidents of this conduct. Click Here

New Hampshire Hockey will investigate all submitted reports to address the matters involving parents/spectators and coaches of not adhering to appropriate conduct. This system is not intended for reporting any on ice incidents involving coaches and officials which are matters which are handled by the on-ice officials by a separate game reporting system. In addition, this is not the method for reporting any SafeSport violations as there is a separate process for these types of infractions.

It is easy for even the most well-intentioned parents/spectators or coaches to get caught up in the game and engage in behavior that contradicts the objectives youth sports are supposed to embody. New Hampshire Hockey wants to promote an environment for attending a youth ice hockey event as a place to enjoy the competition free of verbal abuse. 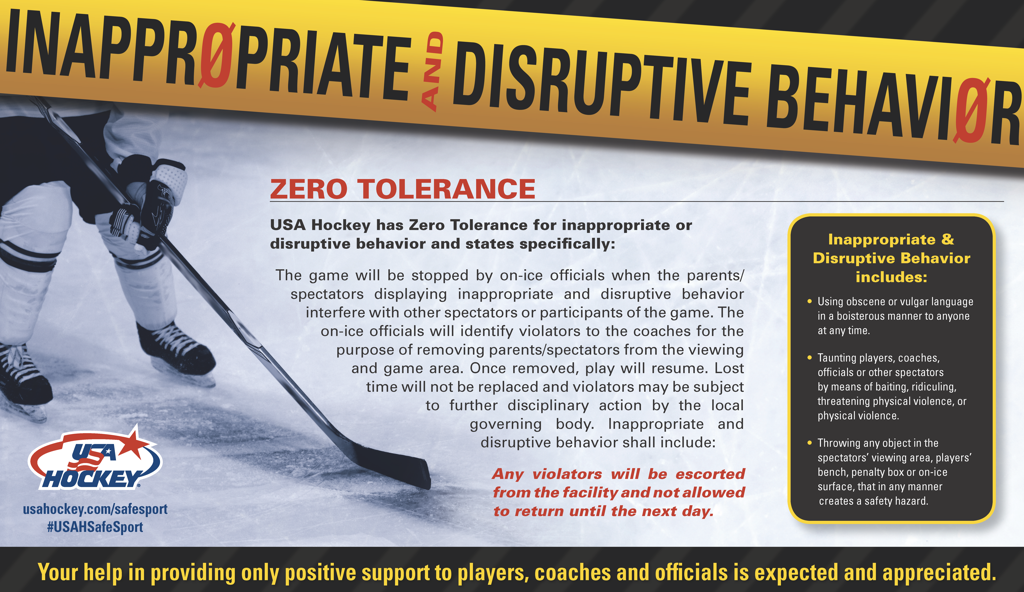